Very little is known about Johann Fritz other than a few sketchy biographical details. He seems to have been a fairly prolific builder, though, and a number of his instruments have survived. Many aspects of his work suggest that he learned the trade in Walter's workshop, and in a certain sense, he, along with Brodmann, can be seen as one of the builders who carried the conservative 18th century tonal ideals forward into the new century. These instruments retain the transparent sound ideal, made possible by small hammer heads, very thin leathering, and light soundboard construction, all the way up to the end of the 1820's.

I have been fortunate to have had three original Fritz pianos in my shop, one for extended storage and two for restoration. I've made copies of a 6 octave instrument from 1813 (dated) and a 6 1/2 octave instrument (probably) from the first half of the 1820's. 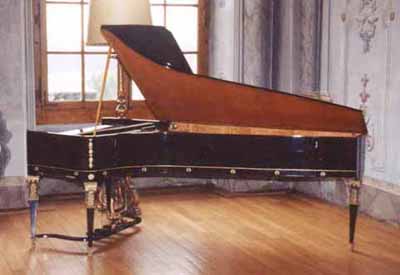 An original 6 octave Fritz from 1813, after restoration. The black varnish finish is original (finish and action restoration by Chris Clarke). 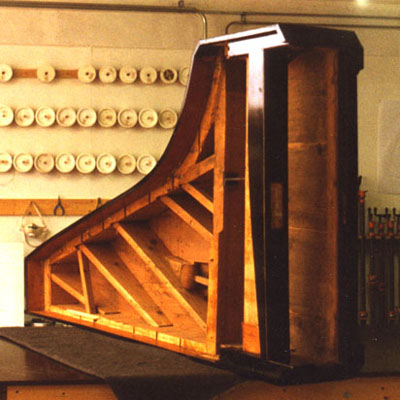 The same instrument while it was in my shop for soundboard restoration. 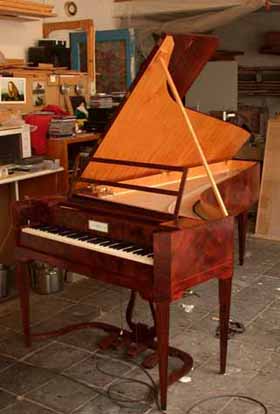 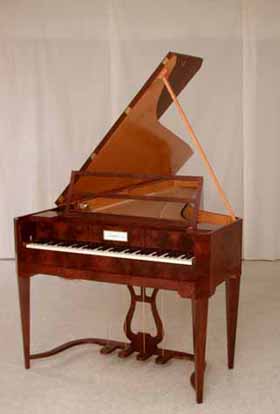 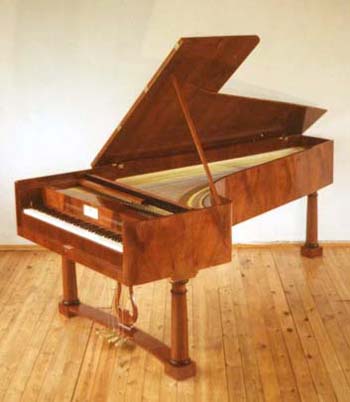 A 6 1/2 octave Fritz copy, probably about 1823. The original was in my shop for about 3 years in a state of partial disassembly, allowing a thorough examination.