How to Open a Piano Lid 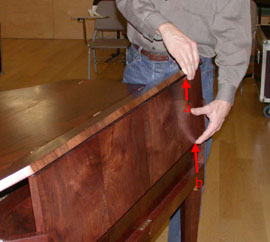 DO NOT open the second lid by pulling it upward with the first lid and flap. This is the mistake which causes 90% of lid damage. 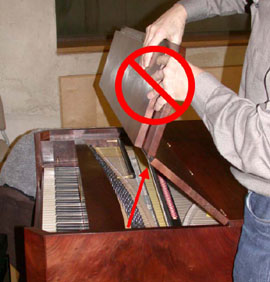 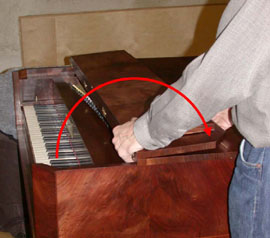 The right picture shows the correct method; continue rotating the first lid until it is completely open, lying almost flat on the second lid. The flap will fold against the lid as you proceed. Do not lift the second lid during this process! Leave the fingers of your right hand between the first and second lid. 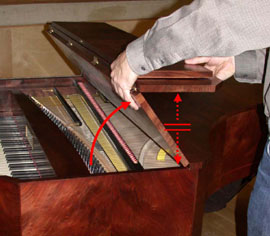 With your left hand, begin opening the second lid by rotating its front edge upward. With your right hand, support the first lid and flap, keeping them more or less parallel to the instrument at all times. 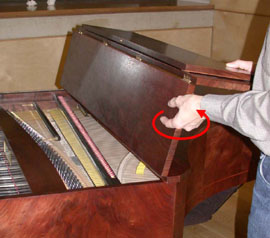 When the second lid is half open, move your left hand around to the other side to support the lid as it descends. 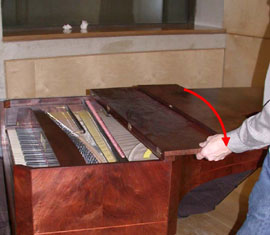 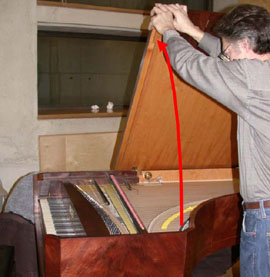 Once the two small lids are completely open, you can open the big lid by lifting it at the tip of the narrow point. Be sure to open it far enough that you can rotate the lid stick without hitting the strings.

To close the instrument, follow the steps in reverse order.